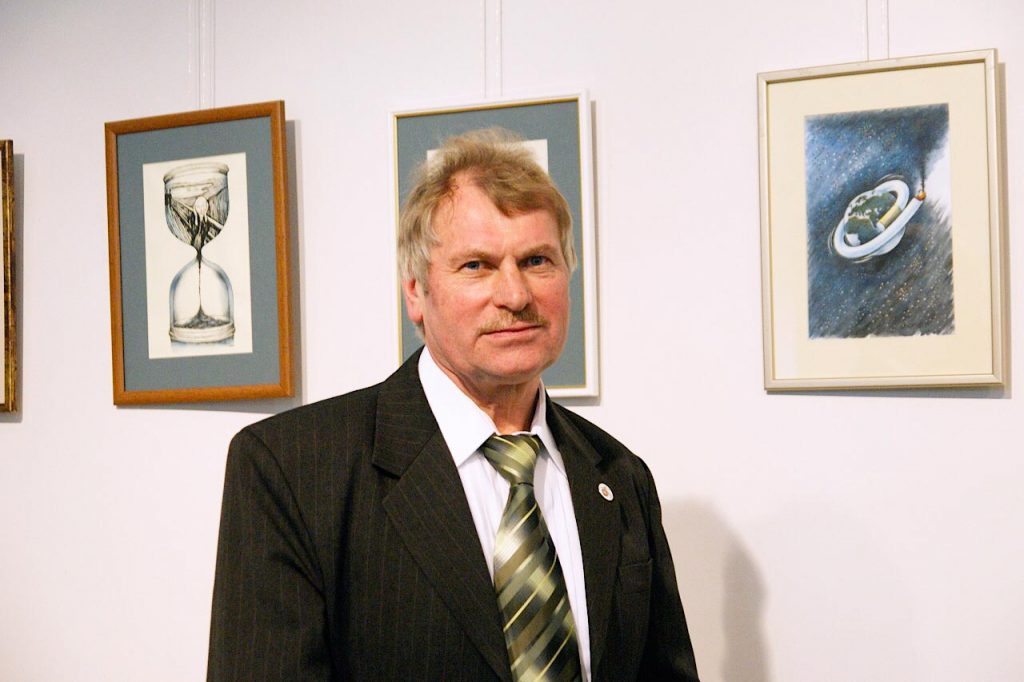 The paths of human fate often tend to be really unpredictable. Some “lucky ones” go through their lives easily, almost by ballet steps, they manage everything somehow naturally, as if by itself, they effortlessly reach all the delights of this world, and then they can just enjoy their lives. Let’s face it we often envy them.

But what if everything is completely different? What if the elected ones are those whose fate even in their early age overwhelms them immense weight and “endows them” with suffering of every kind, “kindly allows” them to know the dark side of life in order to teach them to see and appreciate the real values. Of course, big problem can break someone, but another one it can make more resistant and sensitive – it can sculpt his personality into the more noble shape.

In the case of Vladimiras Beresniovas this hypothesis appears to be valid in its entirety. There could be written a novel about his life story and it would become guaranteed bestseller. Despite the adversity, which persecuted him since his early childhood, he managed just by his own forces and excellent creative activities develop himself in the personality of European format. The country that adopted him under its wings can really be proud on him. He created impressive work of art exceptional in its extent and unusual in its quality.

We feel honored to have the possibility to present to you in the Cartoon Gallery his life and artistic career as well as an extensive selection of his wonderful cartoons.

Vladimiras Beresniovas also known under his artistic name “Vlaber” was born on 13th December 1948 in the village of Boronky in the Mogilev Region of Belarus. Vladimiras lost his parents at a very early childhood. When he was only 13 years passed away also his grandmother, his last remaining relative. He became an orphan and yet in childhood remained all alone in the world. He moved around the territory of the former USSR until he finally found his home in the city of Kaunas in Lithuania.

Vladimiras Beresniovas however did not resign and after a careful study, he graduated from the Kaunas Academy of Applied Arts with a degree in artistic design. He then submitted some of his early drawings to a local newspaper and they published them immediately. He has participated in exhibitions since 1971, and has exhibited his artistic and humoristic works in more than 20 countries of the world including Lithuania, Latvia, Russia, Greece, Poland, Yugoslavia, Germany, Italy, Brazil, Romania, Cuba, The United States, Australia, Canada, Turkey, Brazil, and France.

Vladimiras Beresniovas aka Vlaber has been active in the Lithuanian and world artistic communities for over 40 years. He has worked professionaly in the areas of book illustration, placard design, caricatures, and painting. In the last ten years Vladimiras Beresniovas illustrated over 100 books. He published also his own books of cartoons and humor – “Vlaber Cartoons” (1998); “Geriau Ragas ant Kaktos” (2002); “Linksmoteka” (2008).

In 2008 Vladimiras Beresniovas has been named to Who’s Who in Lithuania. His cartoons frequently appear in Lietuvos Rytas, the national newspaper of Lithuania, and Kauno Diena, a daily in Kaunas, Lithuania. He has been a participant and laureate of many international cartoon exhibitions and competitions – we can mention at least some of them: Cultural Diversity – the European Wealth, Exhibiton of Eight European Artists, Gabrovo, Bulgaria (2008); Satyrykon International Exhibition, Legnica, Poland (2008); International Nasreddin Hodja Cartoon Contest (2007), Istanbul, Turkey (2007); International Humor Exhibition of Piracicaba, Brazil (2007).

In 2008, a great exhibiton of his artworks was organized in the capital of Lithuania – Vilnious in order to celebrate the 60th Anniversary of his birth. In 2015, Vladimiras Beresniovas was invited by the international organization Cartooning for Peace to represent Lithuania at the international event named “Cartooning for Human Rights” held in the European Parliament in Strasbourg, France.